While there are many regions in the developing world that warrant research investment in relation to climate change, agriculture and food security, as a new program, it was necessary for CCAFS to choose a few initial target regions and sites where new research activities could be initiated. The three initial focus regions are Eastern Africa (EA), West Africa (WA) and the Indo‐Gangetic Plains (IGP).

They represent areas that are becoming both drier and wetter, and are felt to be focal locations that will generate results that can be applied and adapted to other regions worldwide.  These three regions were also chosen because together they match the following criteria:

While drought is clearly a major threat for many parts of Africa and South Asia, in areas of increasing rainfall, there is a need to maximise the opportunities that climate change will bring. The three initial CCAFS focus regions offer the full range of anticipated conditions that will allow CCAFS to consider this holistic view.

Within the three focus Regions, a preliminary set of 36 benchmark sites and blocks were selected. Sites are flexibly defined as broad areas that typically include several adjacent districts.
These sites aim to serve CCAFS building long-term partnership and research activities falling within the following Research Themes:

Through CCAFS’s partner organizations, implementation of household baseline surveys in these initial blocks has been underway in late 2010 and early 2011. This survey effort aims to gather baseline information at the household‐level about some basic indicators of welfare, information sources, livelihood/agriculture/natural resource management strategies, needs and uses of climate and agricultural‐related information and current risk management, mitigation and adaptation practices.

The quantitative household baseline survey will be supplemented by qualitative village baseline surveys in mid‐2011 and an organisational-level baseline study. The plan is to revisit these households and villages after roughly 5 years, and again in 10 years, to monitor what changes have occurred since the baseline survey was carried out.

Through CCAFS’s partner organizations, implementation of household baseline surveys in these initial blocks has been underway in late 2010 and early 2011. 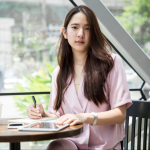